It’s been an amazing winter here in Tucson this year, probably one of my best winters here thanks to the people in my life and being grounded in one location here at the Homestretch Foundation. 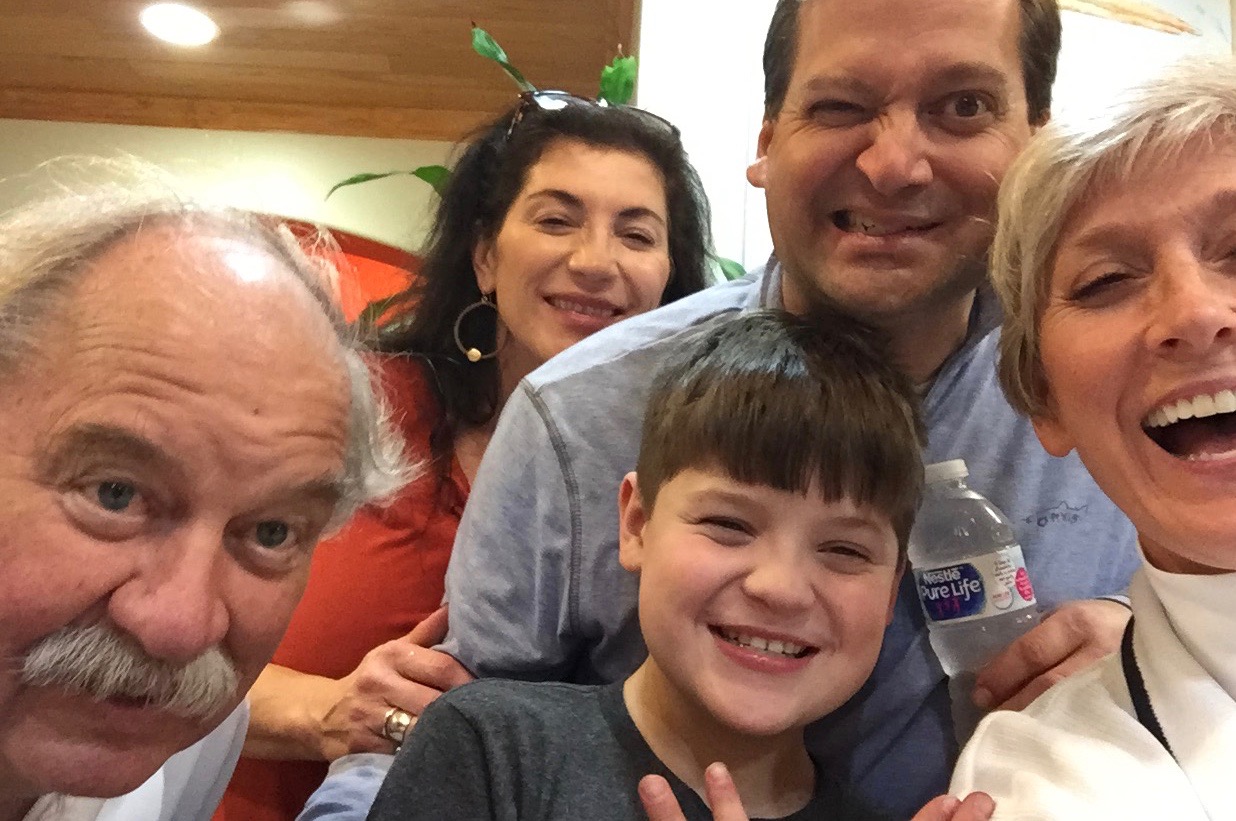 These people make my heart full. 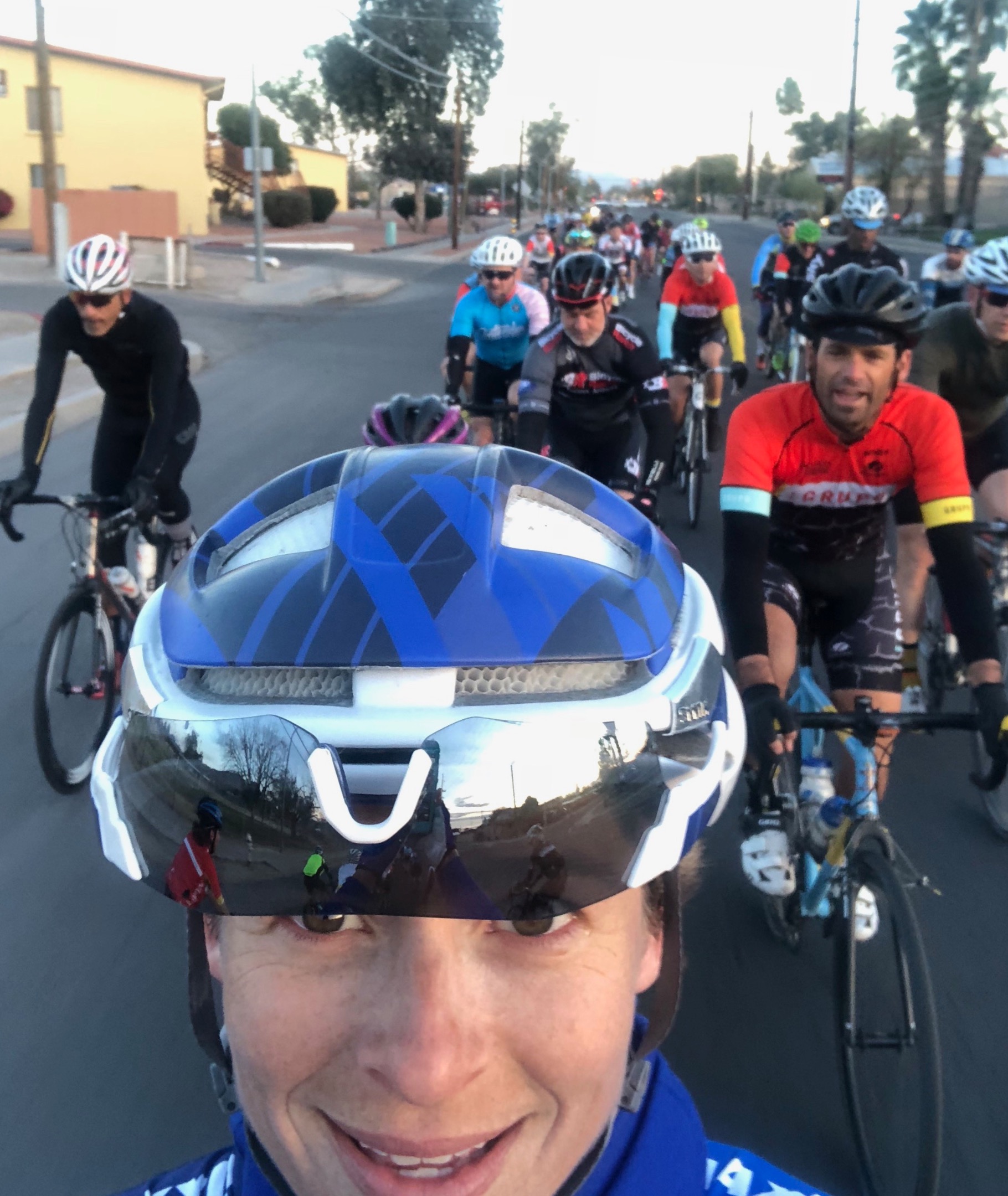 Rolling out with the Saturday morning group ride.... 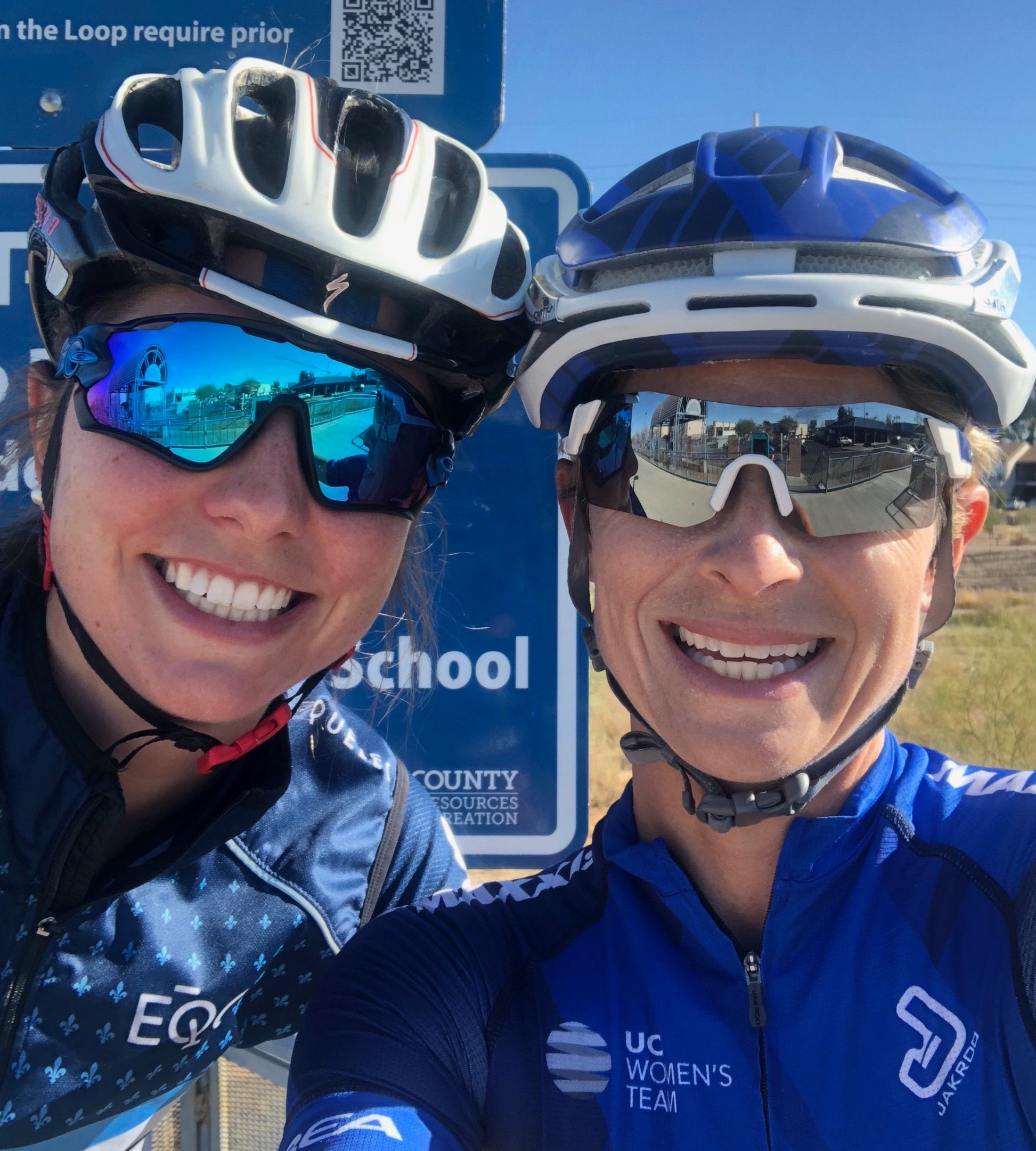 Finally catching up with an old teammate - Alizée Brien.

I’ve been training hard and getting fit but I’ve also been enjoying seeing so many familiar faces and meeting new people and just really soaking it all in.  The weather has been spectacular so we’ve been able to enjoy the outdoors when most of the country has been covered in snow or coldness.

Some of the fun we've had off the bike:

The girls from the Homestretch put on a clinic for a local group and one of the ladies who attended works for the Desert Museum and offered to show us around if we wanted to come by.  It was so worth it and I felt like we had the behind the scenes stories and pass as she was showing us around.  We also watched the ‘raptor in flight’ show(highly recommend if you go to the museum), they flew right over your head, back and forth for food and these birds were massive! It’s so beautiful to be that close but yet respectful.  Thank you Amy for your time. 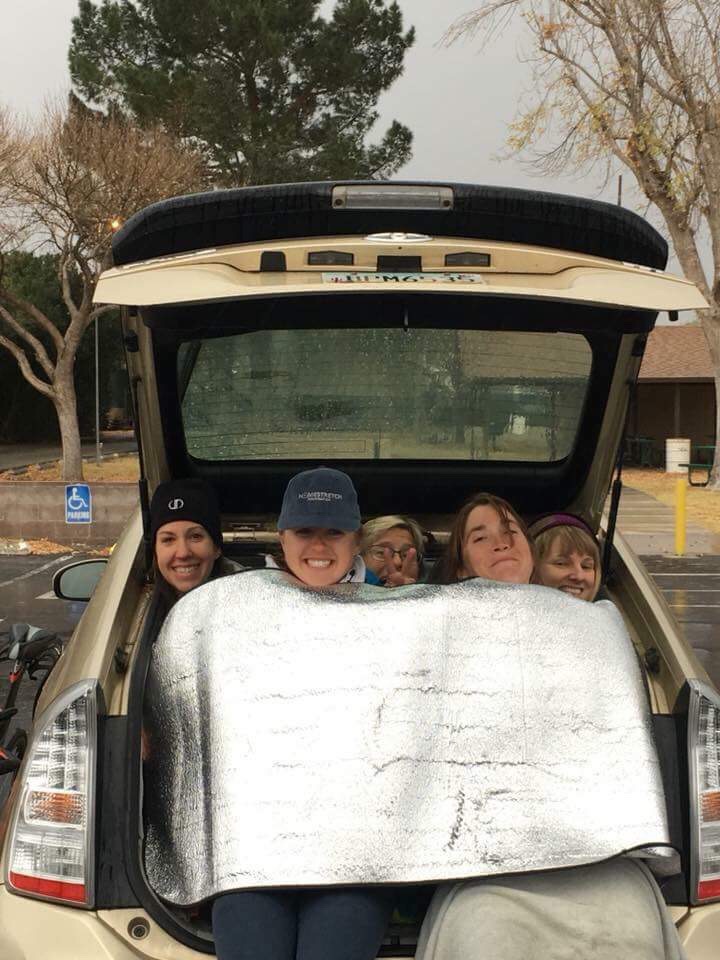 We weren't quite prepared for the weather that moved in. 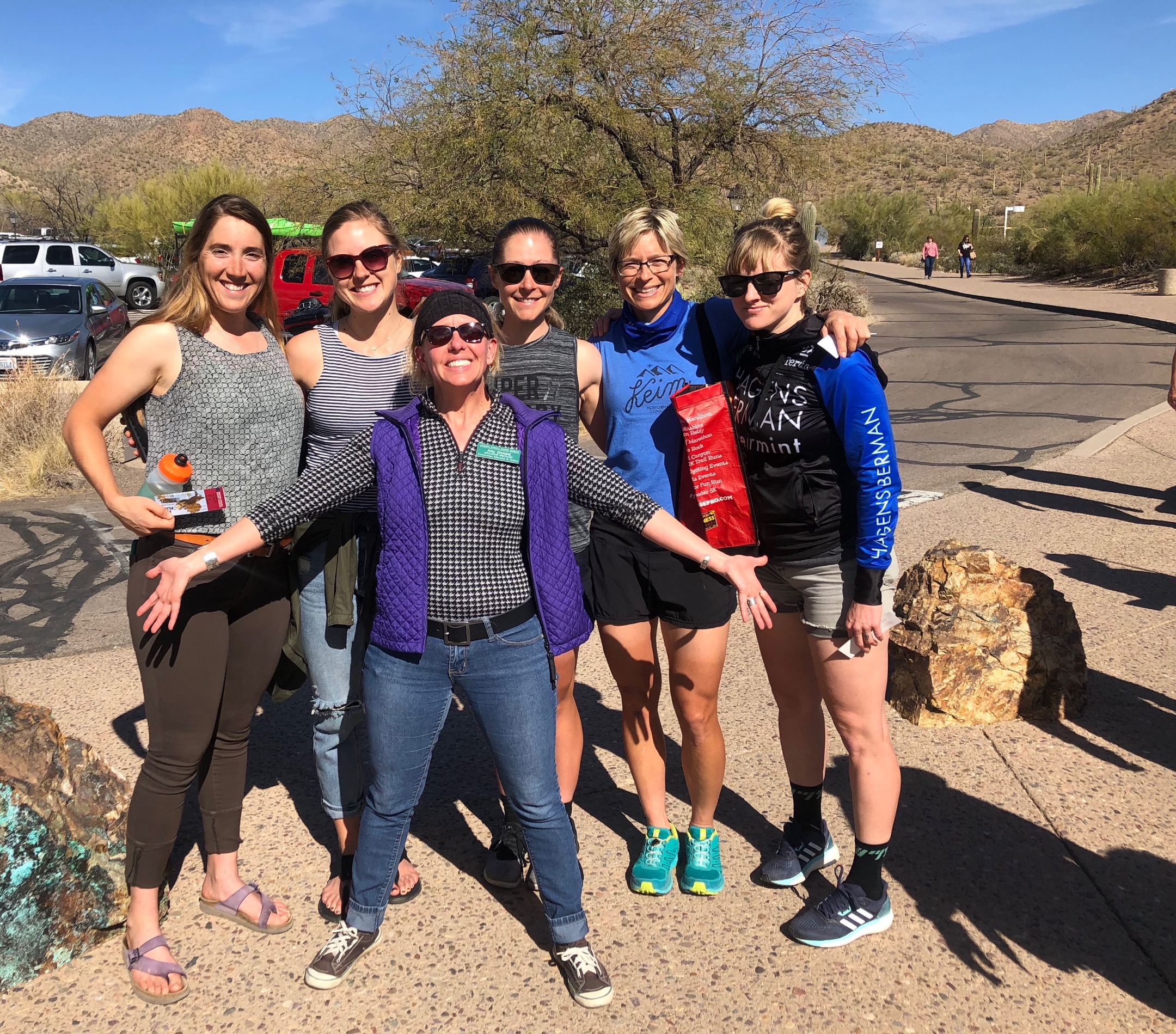 Amy meeting us outside of the Desert Museum

We’ve also taken the Boneyard tour on the air-force base here in town, it was pretty cool as well - a bit long on a tour bus, kind of zoned out after a while.  It was still amazing to see the planes pilots have to fly, large and small, before specializing in the certain plane they want to fly.  All kinds of other facts and fun stuff came out of the tour and again, worth your time if you are in town for something like that.

Of course we’ve been watching the Olympics every day just about and cheering on the athletes.  We have a close connection with one of the speed skaters - Mia Manganello - she raced bikes for a bit before turning back to the ice to focus on these winter Olympics a couple of years ago.

Back on the bike:

UnitedHealthcare women’s team had team camp here in Tucson, it felt more like my friends were here to train vs a strict, intense team camp.  We had so much fun, did some great training and it was so good to be back with the girls- my road family.  After team camp we drove to Phoenix to race the Valley of the Sun stage race and we did pretty dang well.  Leah won the TT, I won the second stage and Lauretta was 3rd on the last stage and we won overall.  We are still learning about each other but we are on the right path to success with the culture we’ve created from camp. 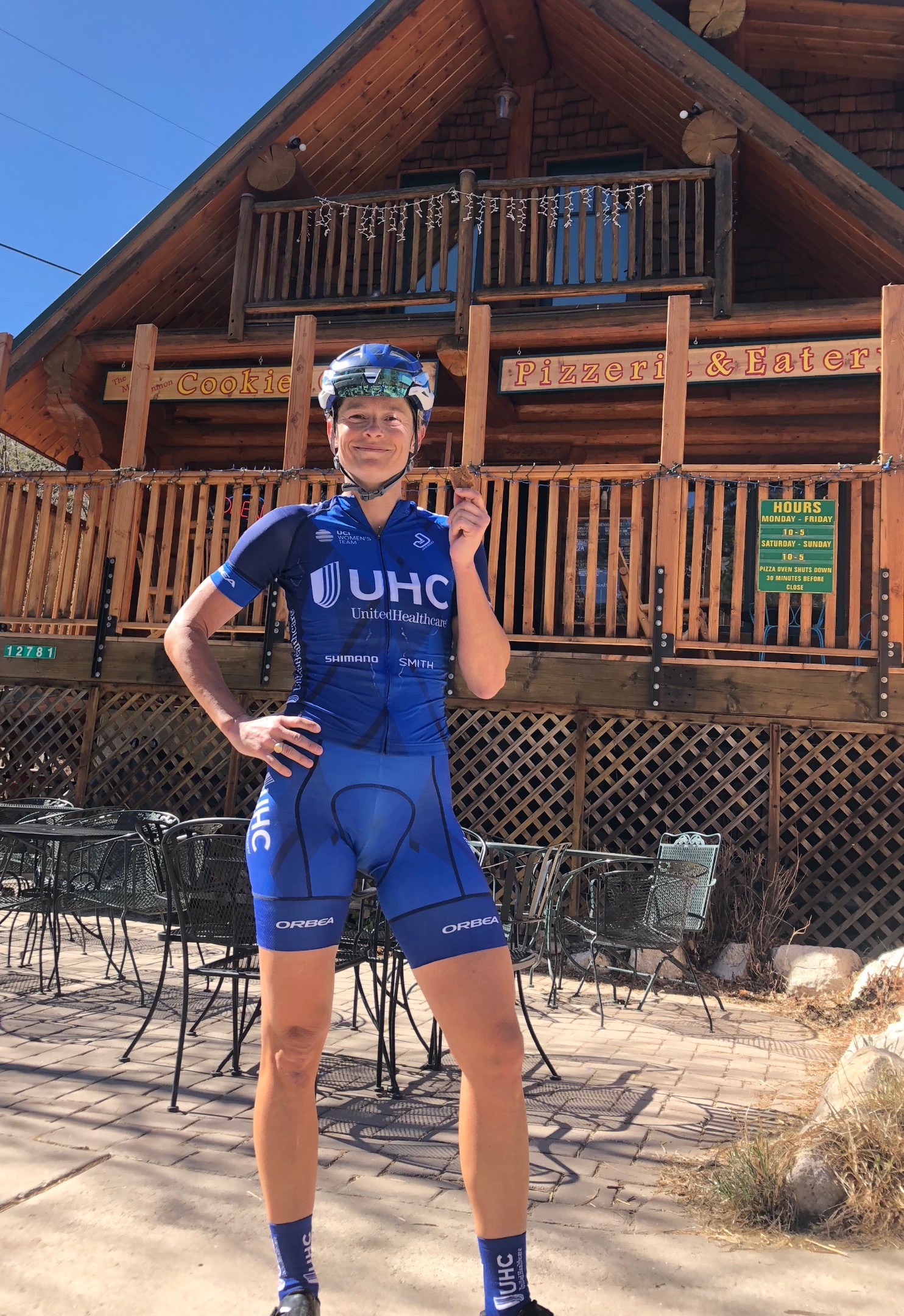 Finally made it to the famous cookie cabin, 23miles up Mt. Lemmon 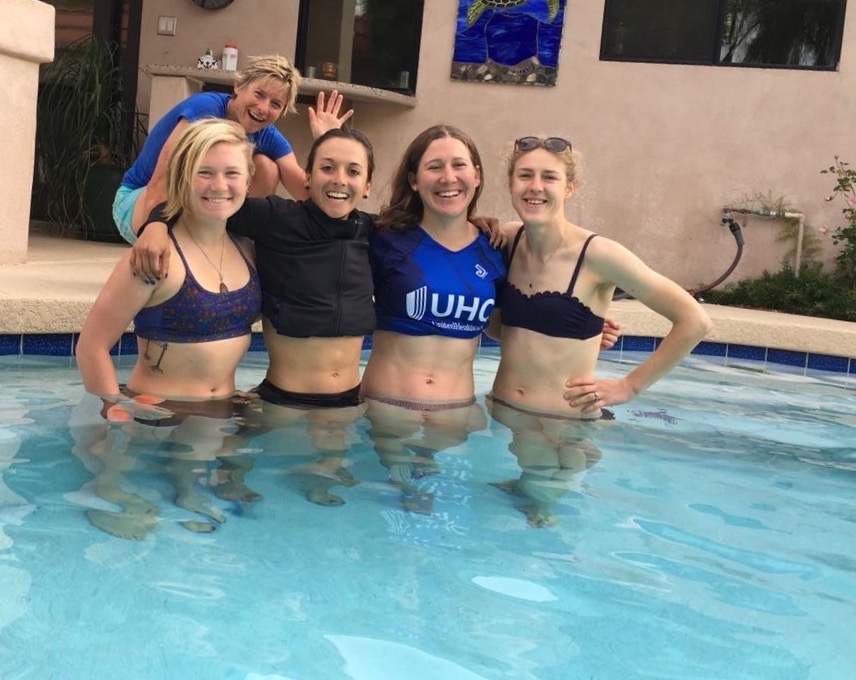 Post race, the girls got in the pool for some recovery, I on the other hand opted out. 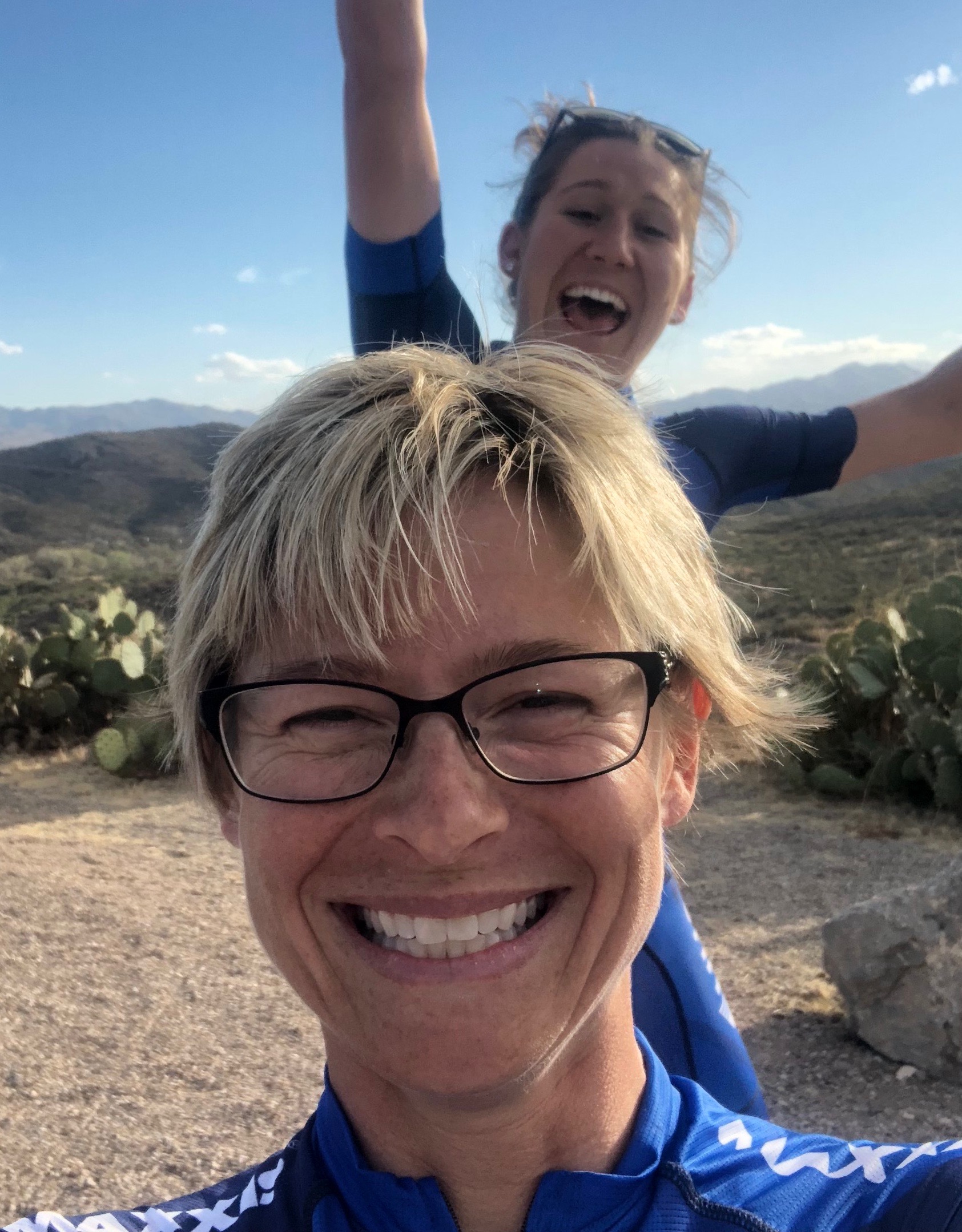 I was trying to take a selfie but Lauretta insisted on being in the photo. 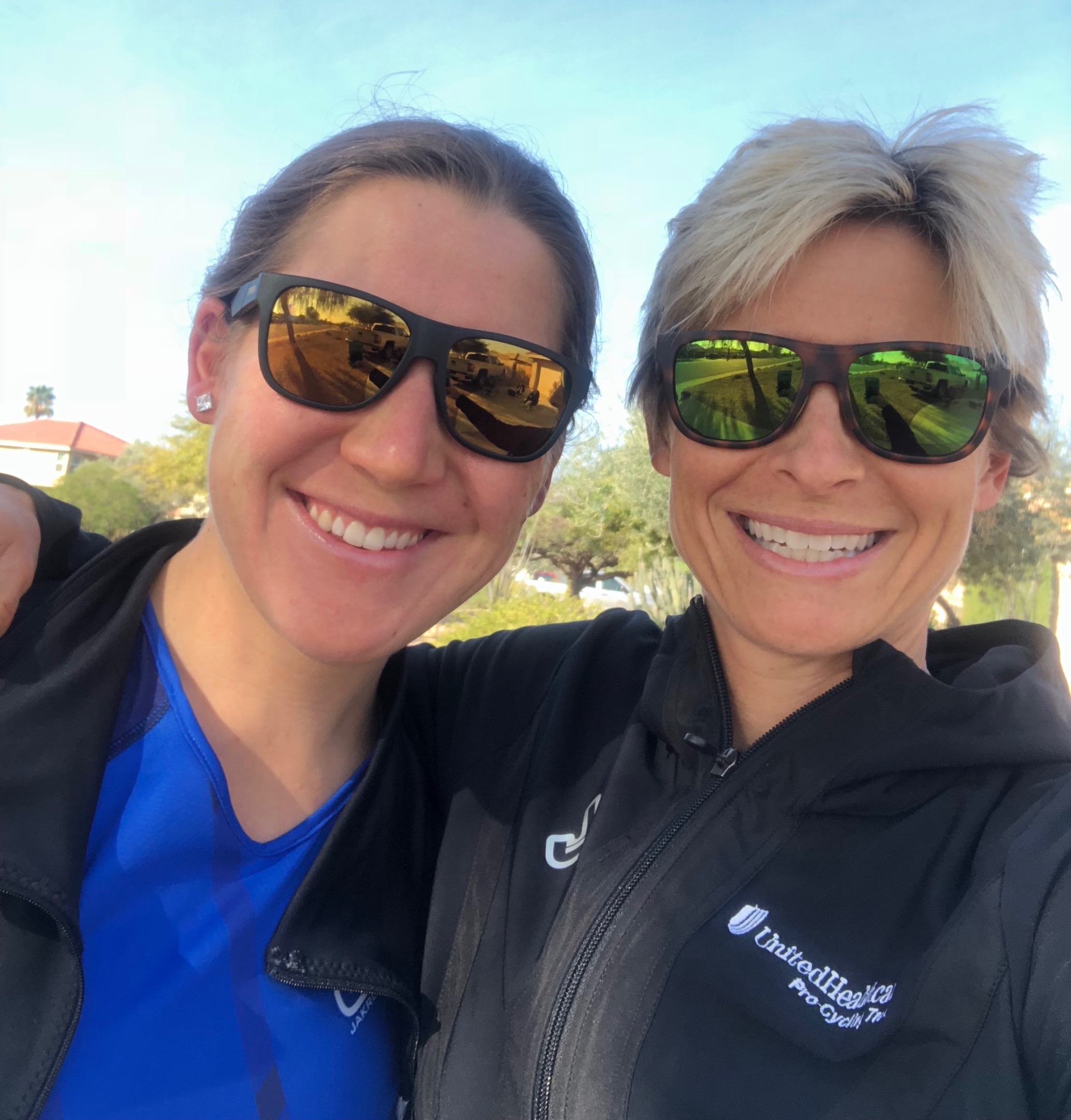 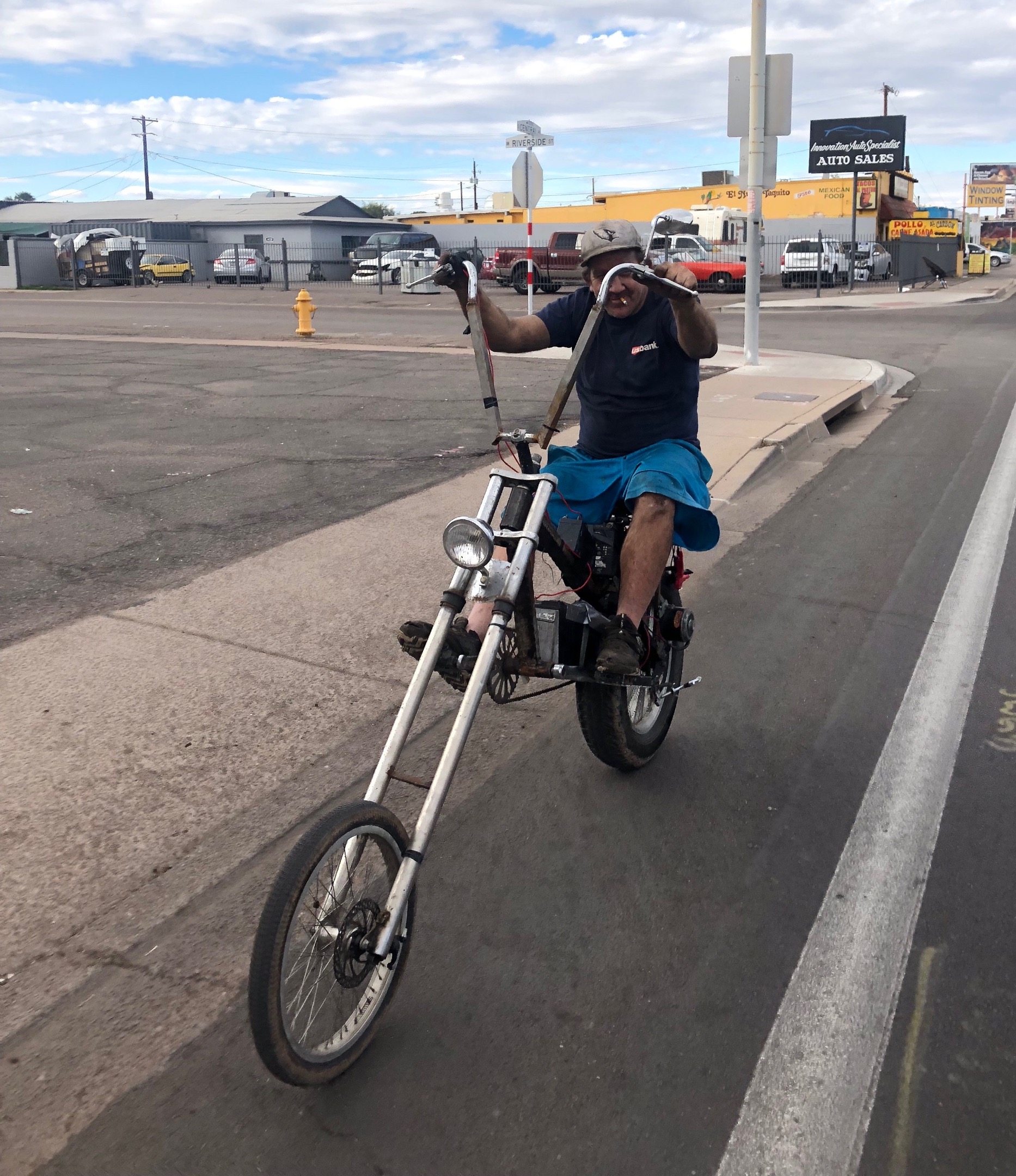 You never know what you find in the bike lanes.... 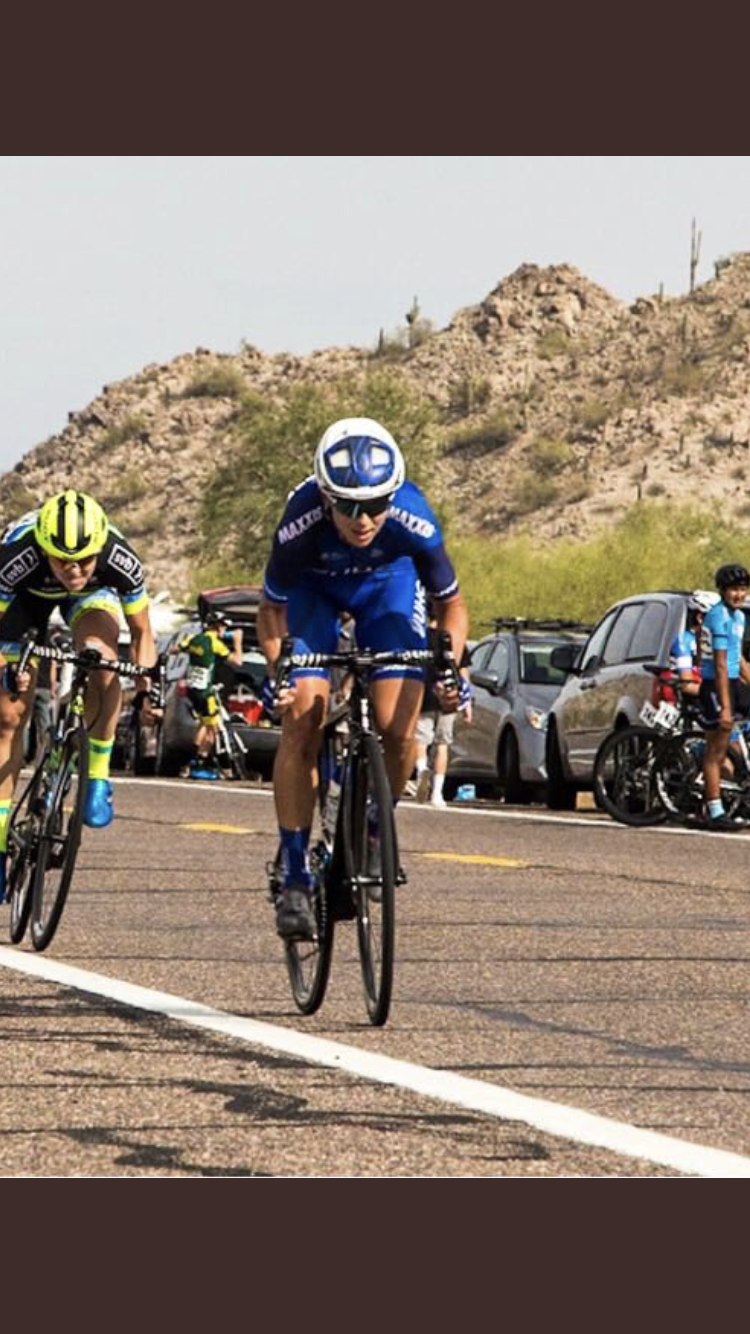 Sprinting for the win this past weekend in the road race.

Eating: spaghetti squash with a red sauce and some yummy fresh parmesan on top