There are times when I'm in a really cool situation and I think to myself, 'how did I get here'. Spending the weekend with THE Reggie Miller in Indianapolis was one of those times.

Social media can be a blessing sometimes and I thought I had died and gone to heaven when Reggie started FOLLOWING me on Instagram, then he made a comment - what?! What!? Reggie just commented on my photo!!

So when I knew I was doing an event in November in Thousand Oaks, CA last year, I just shot for the moon - I messaged him and asked if he wanted to go for a ride....and he said yes!!!! 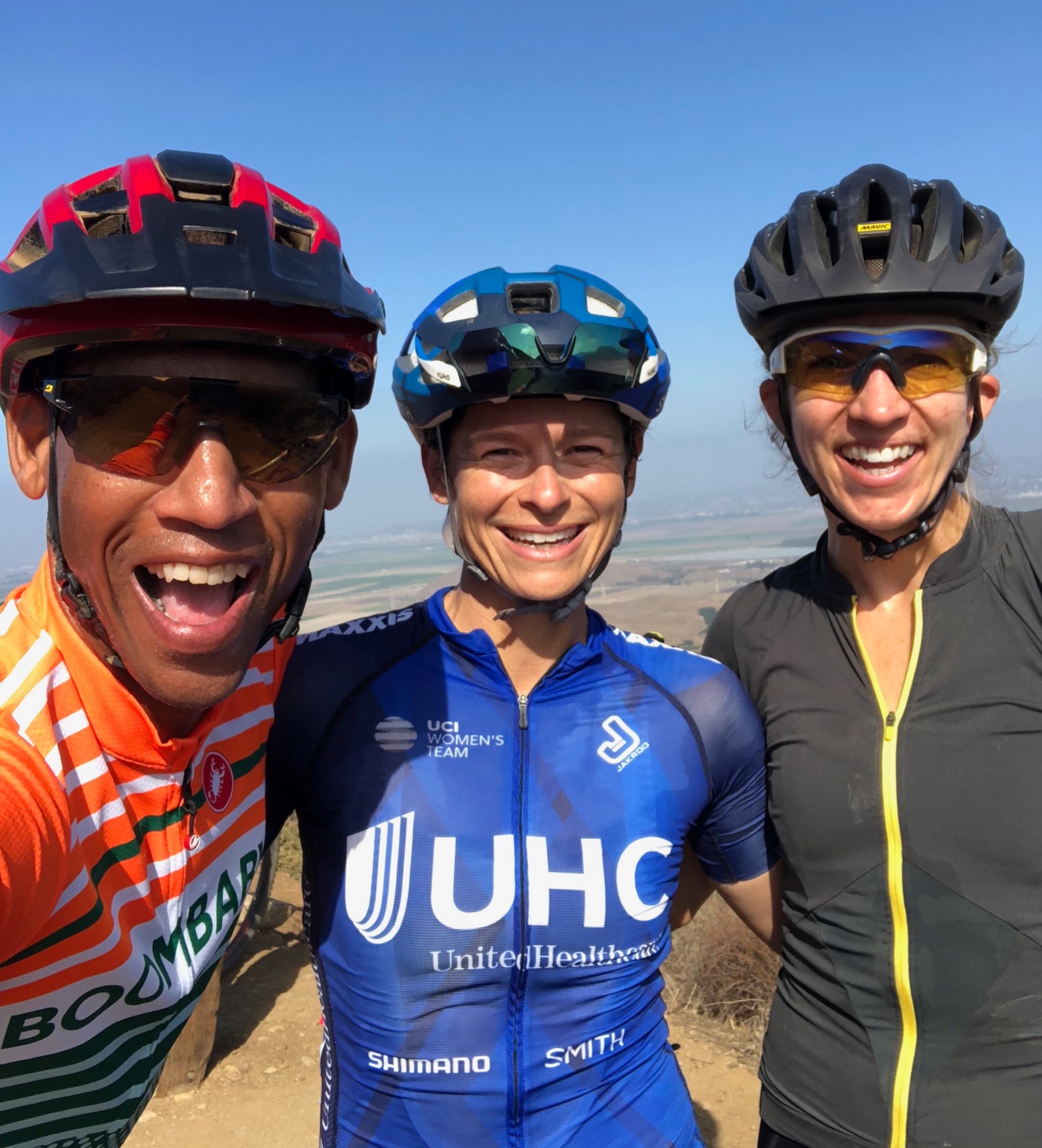 And that was the start of a really cool friendship.  He loves bikes and obviously his big sis Cheryl beat it into his head that women can be badass athletes as well(I hear she is better at Bball than he was).  And let me tell you how cool it is to get to ride with a guy who understands that and is super cool. His 30 for 30 on ESPN

So fast forward to this year and he wanted to do this 100mile bike ride in Indianapolis for breast cancer awareness and research and he wanted his 'dream team' to come with him and lead the way.  That's when he called and asked if I wanted to do this - um yes, yes Reggie, I want to be your teammate, I would love to be on your Dream Team!!!!!!! Oh my gosh! 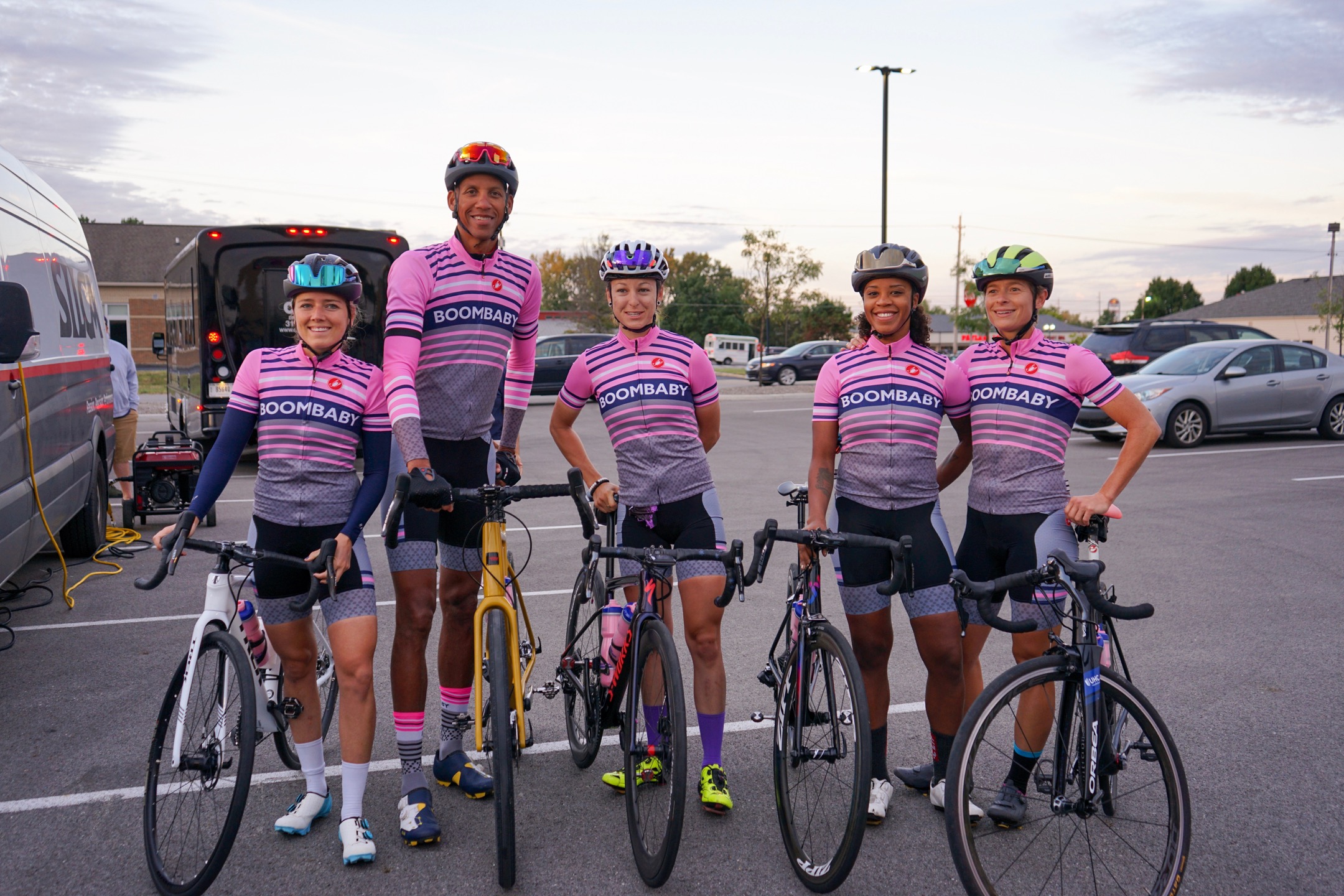 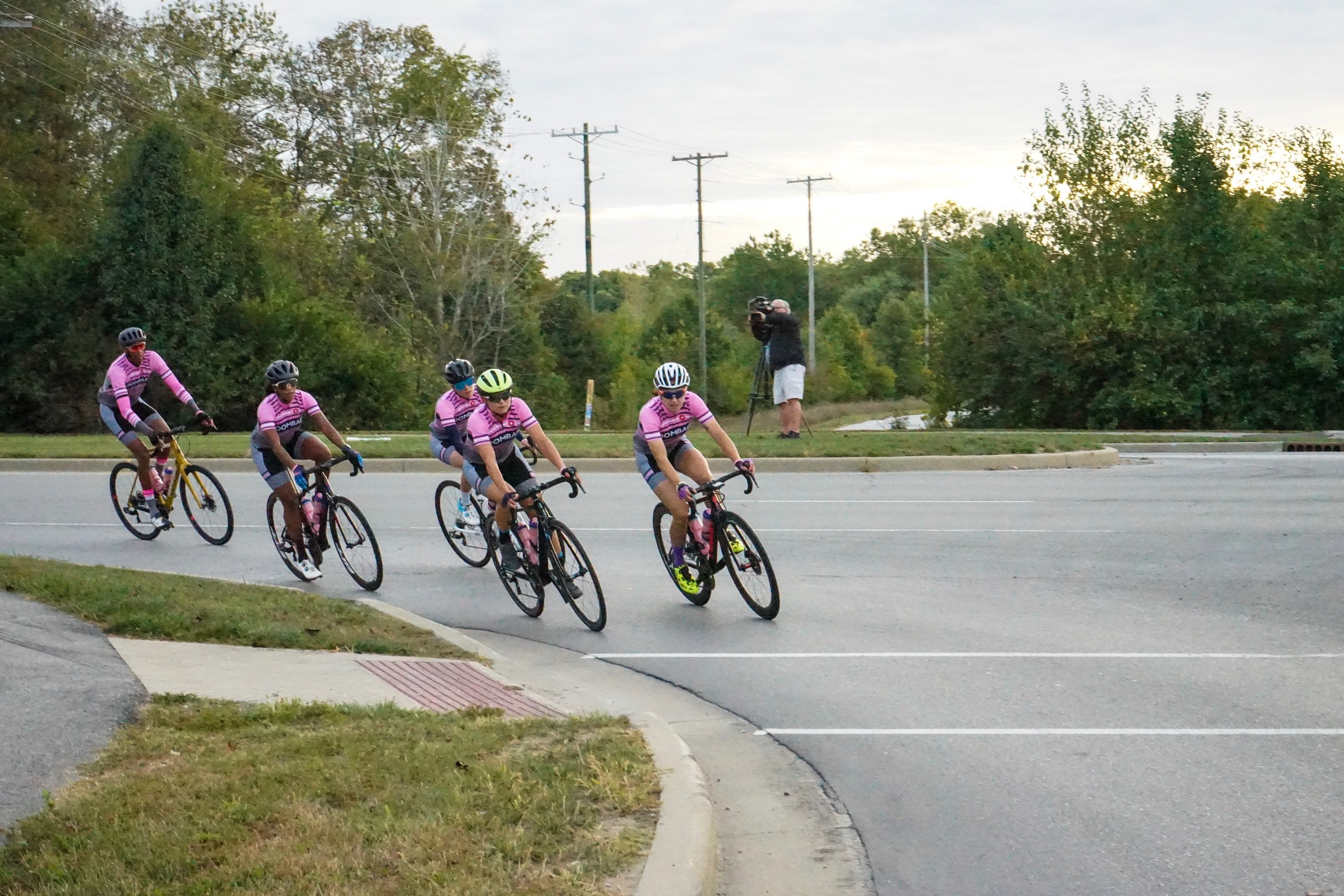 Reggie had these kits made special for Tour de Komen. 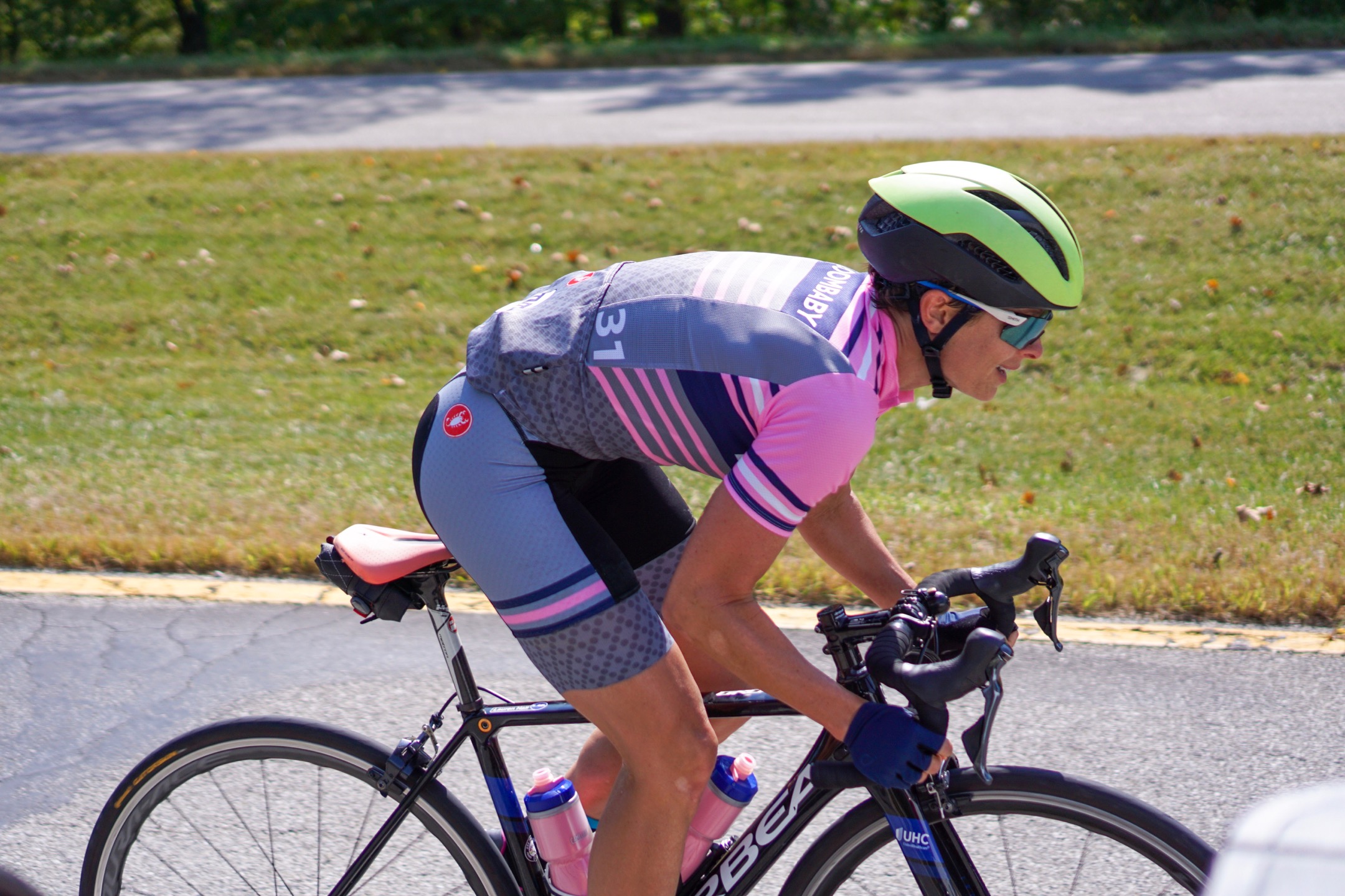 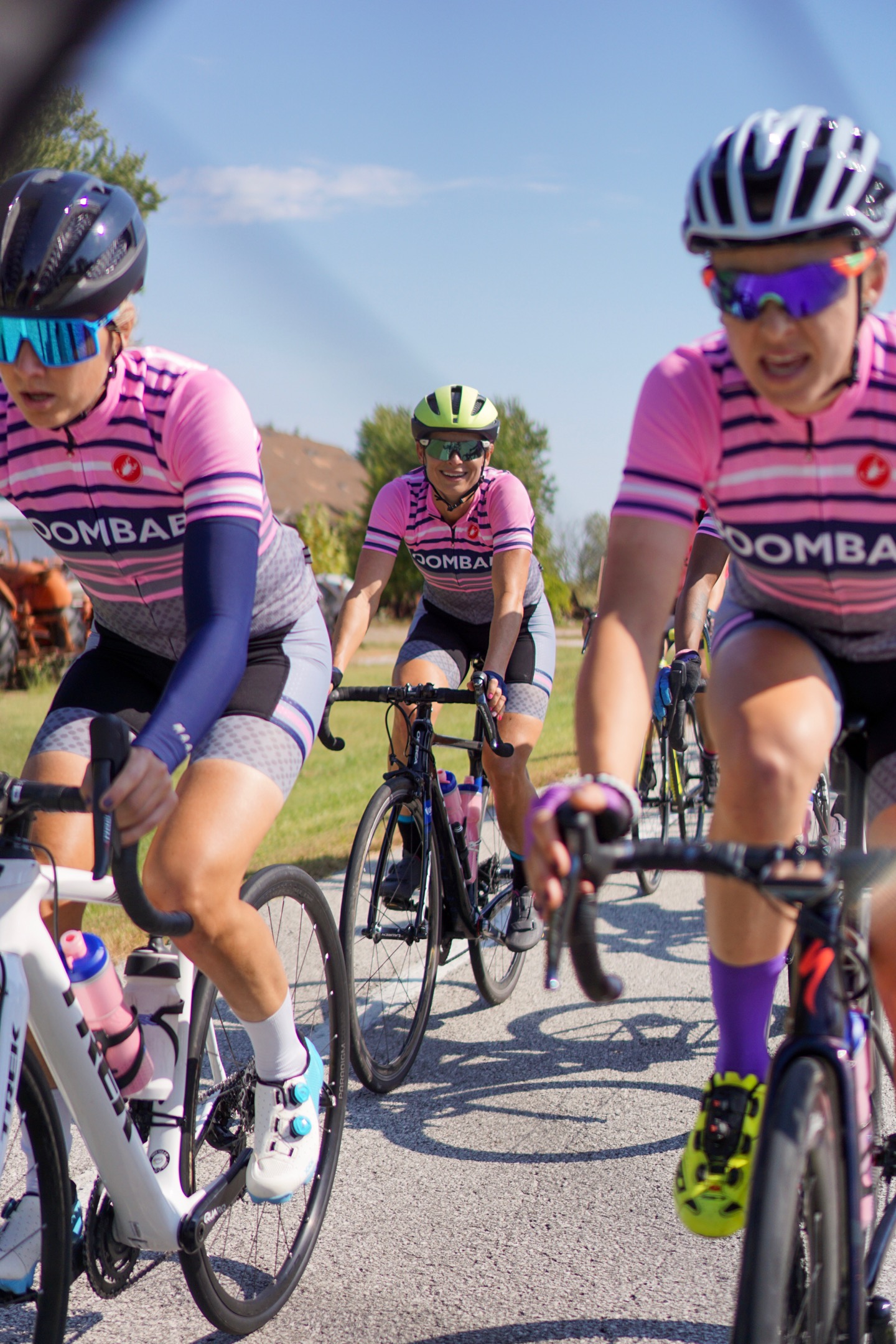 All the fun with this crew.... 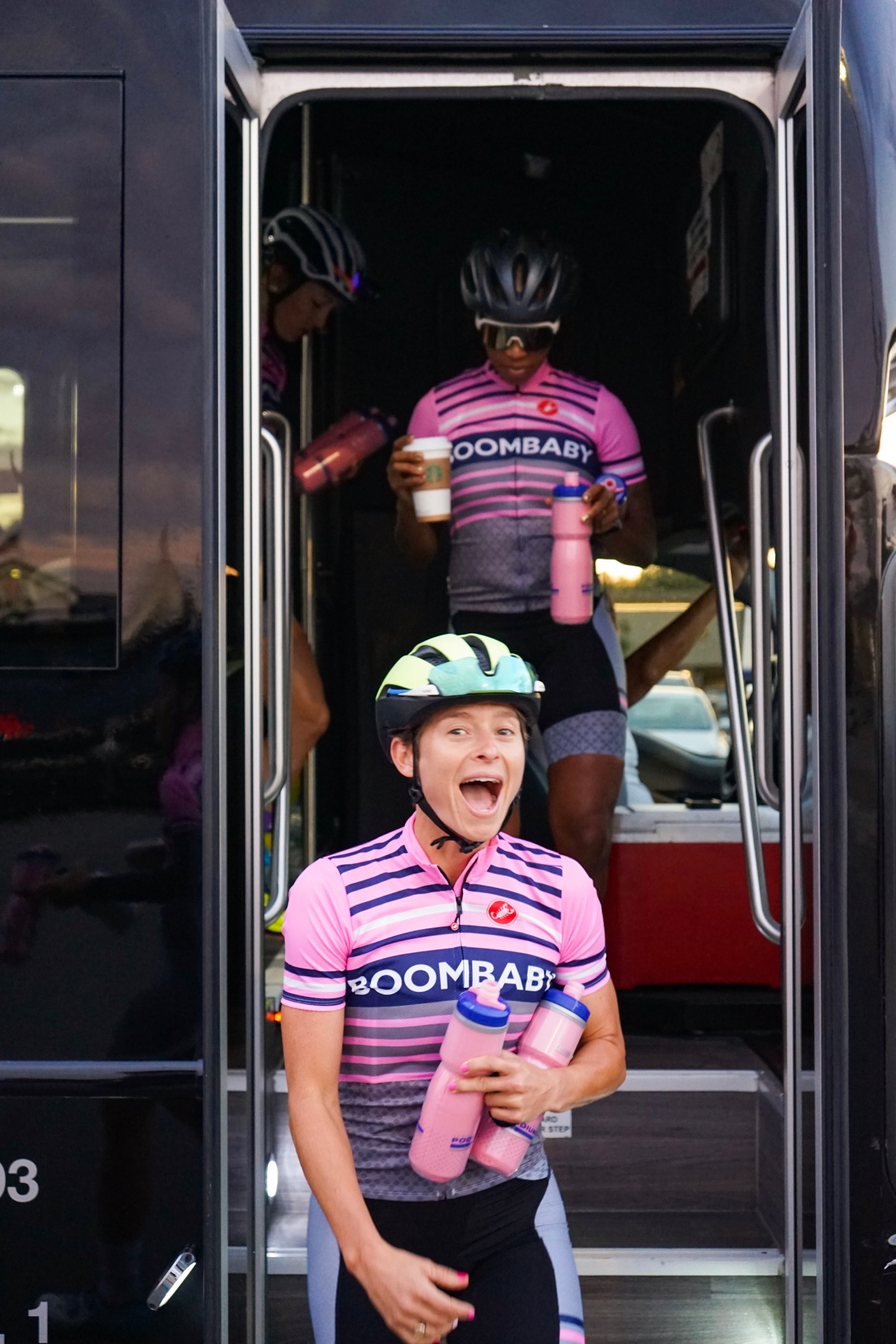 How I felt the entire weekend.

The weekend was amazing, he took us to his mural, to the stadium and practice courts, inside the locker room and we got to have a press conference right where the players have their press conference post games. 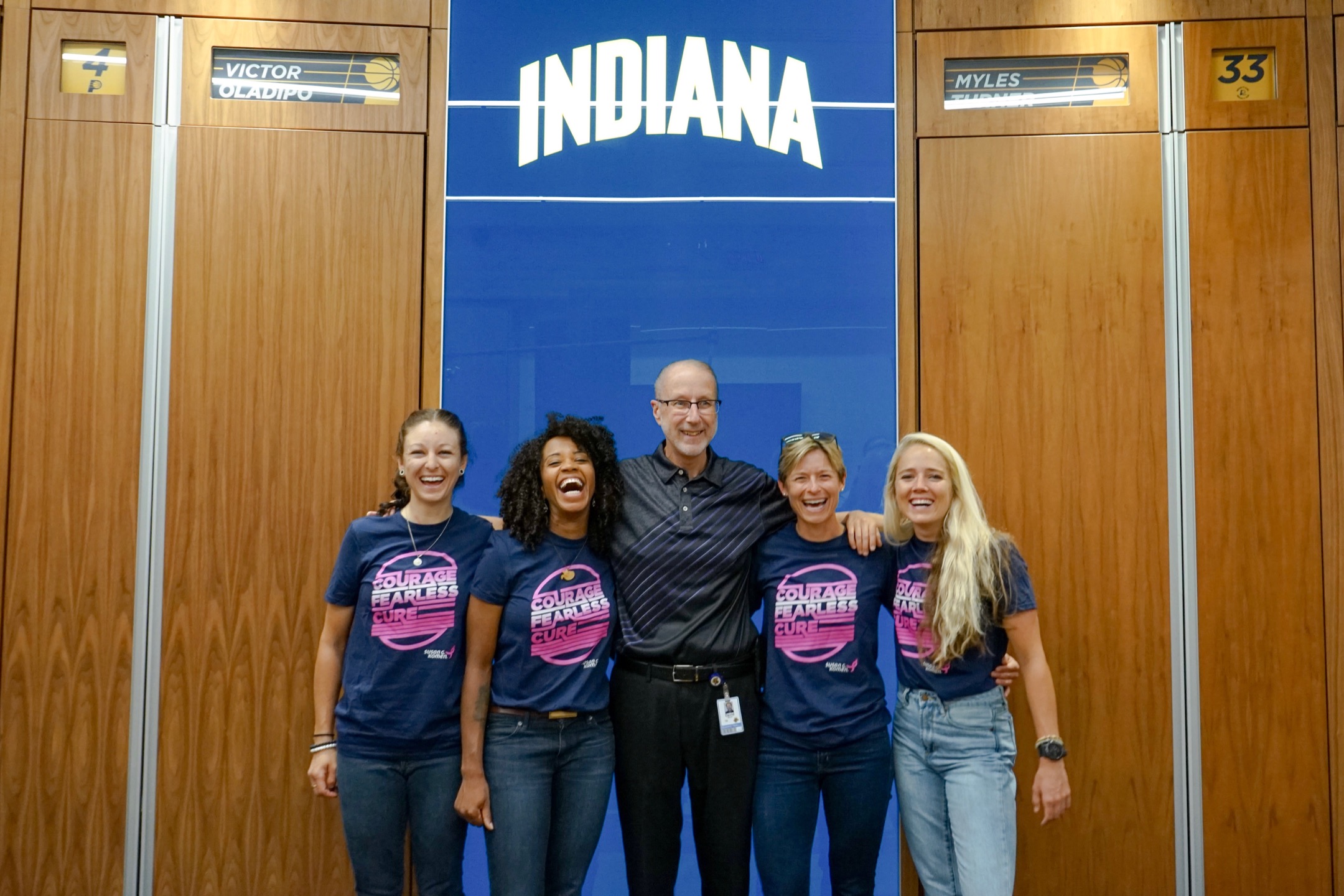 The team with David Brenner. 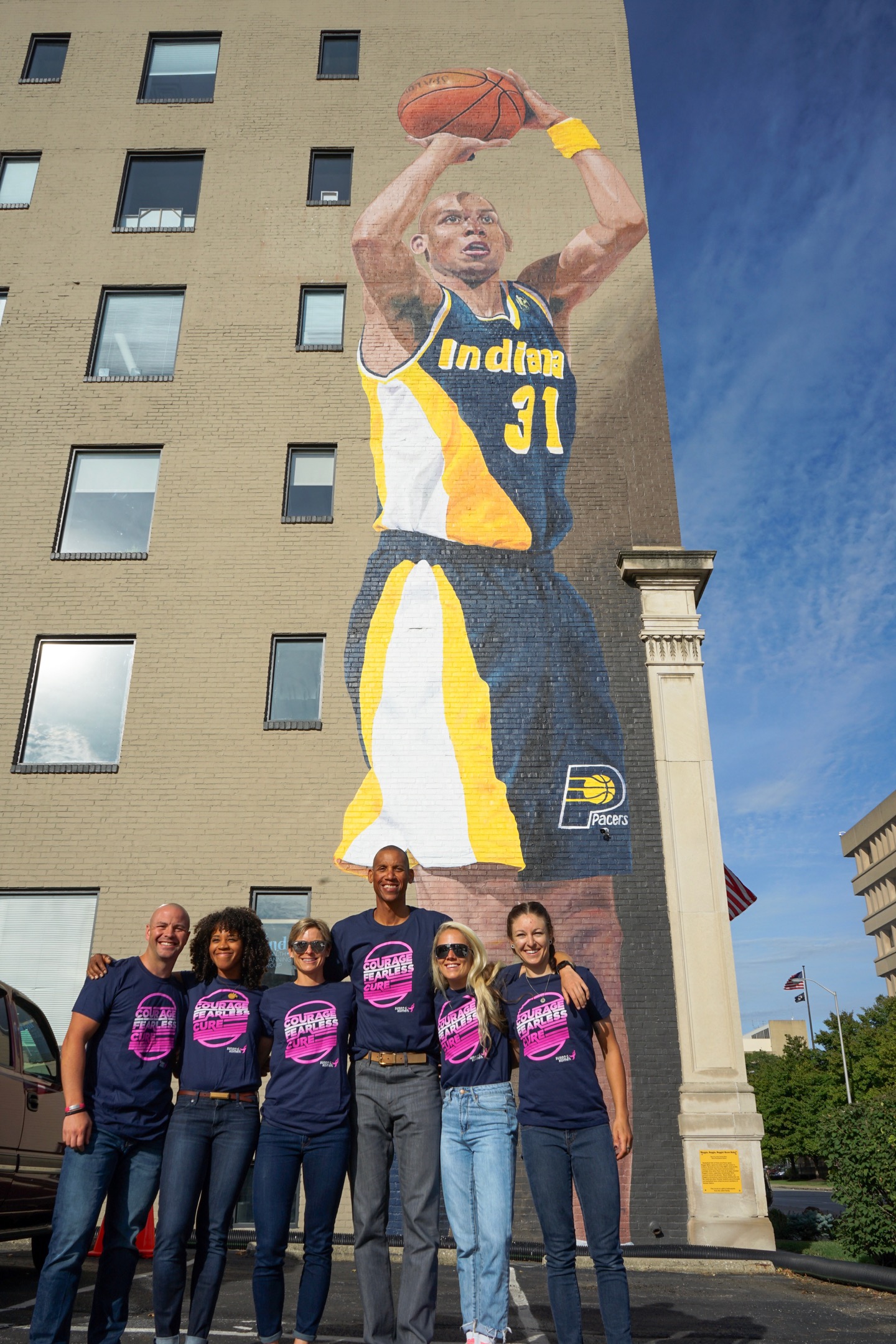 The mural downtown with THE MAN! 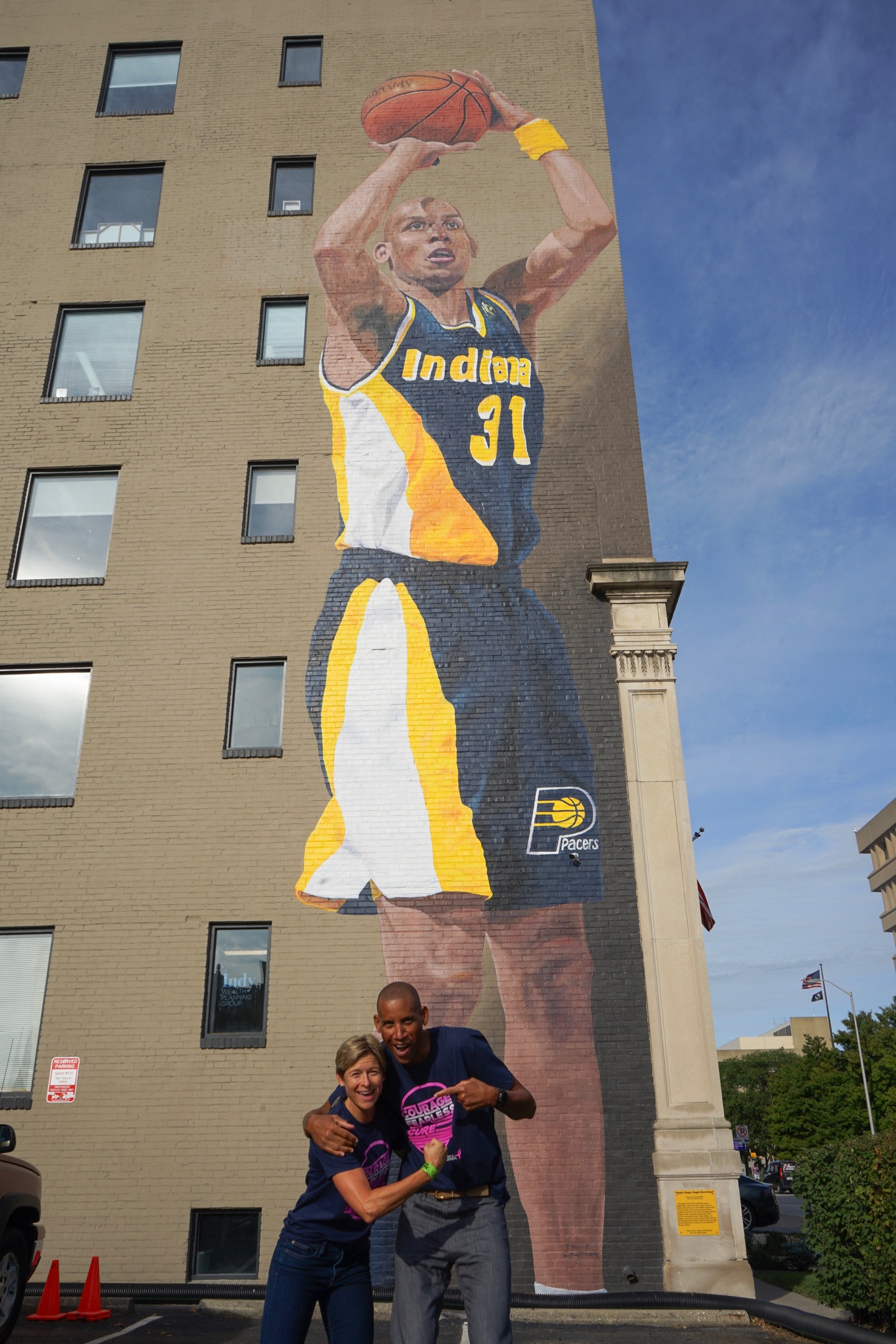 We are always clowning. 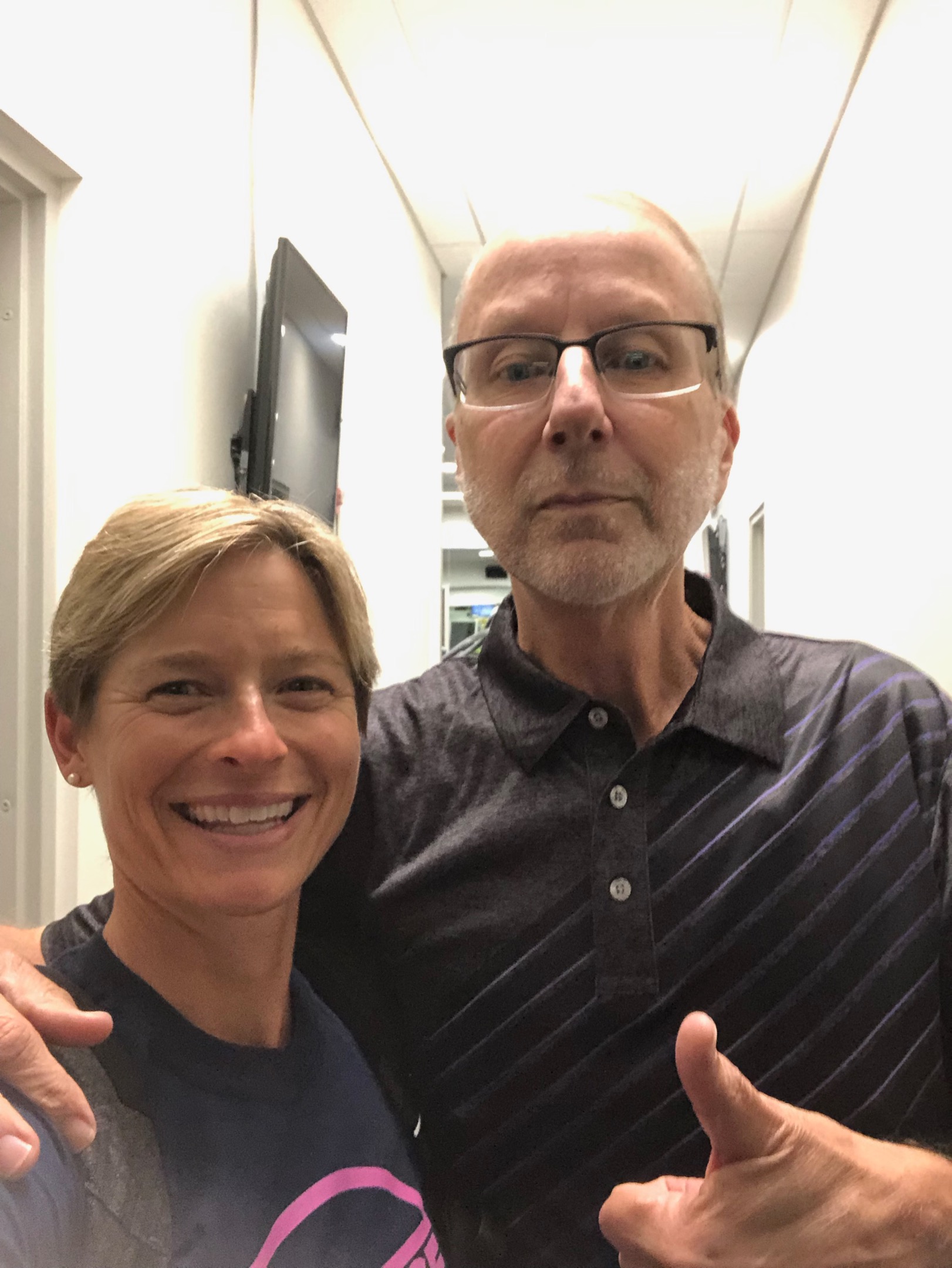 Super excited to meet David and hear the stories of Reggie. 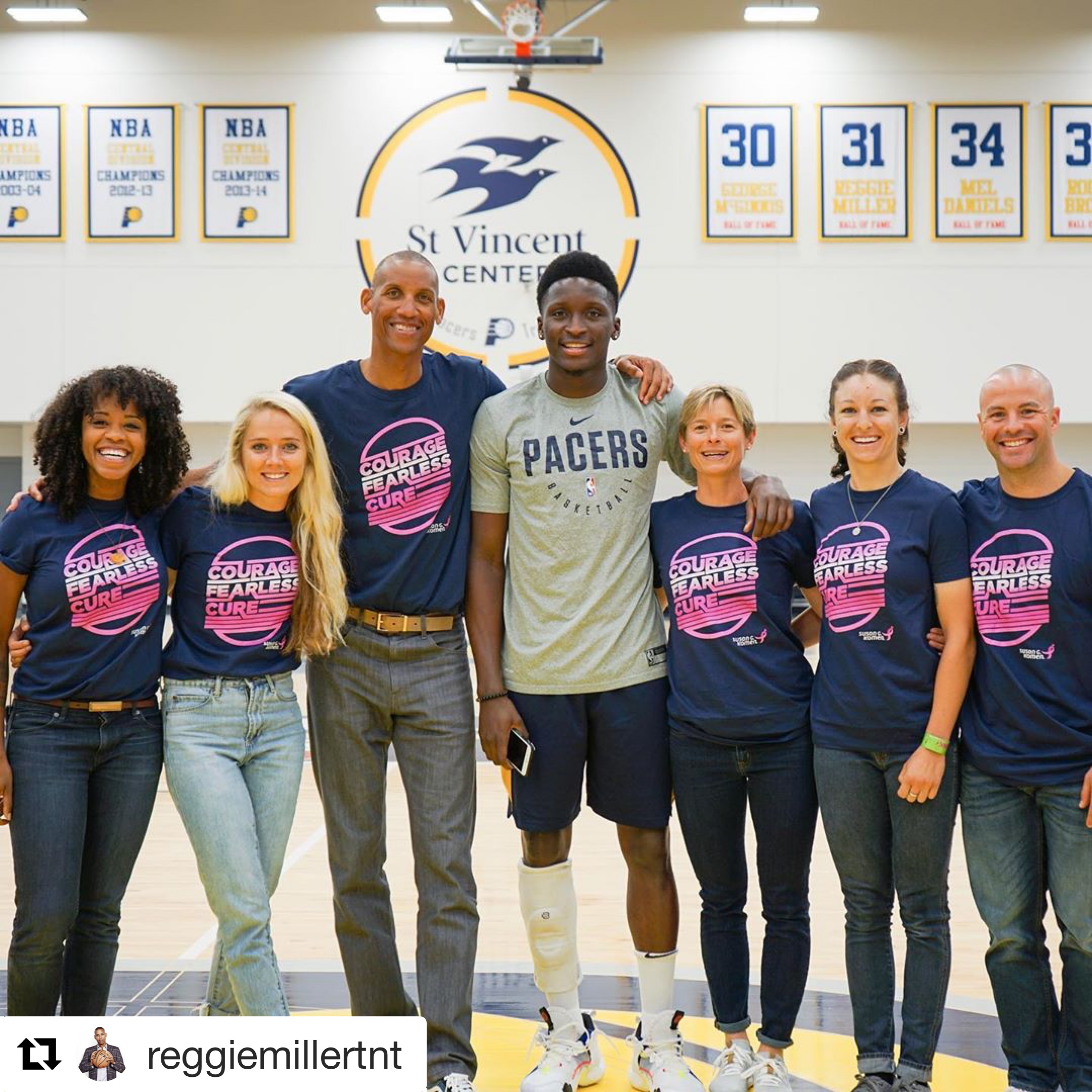 Victor was such a nice guy and I wish him well on his recovery. 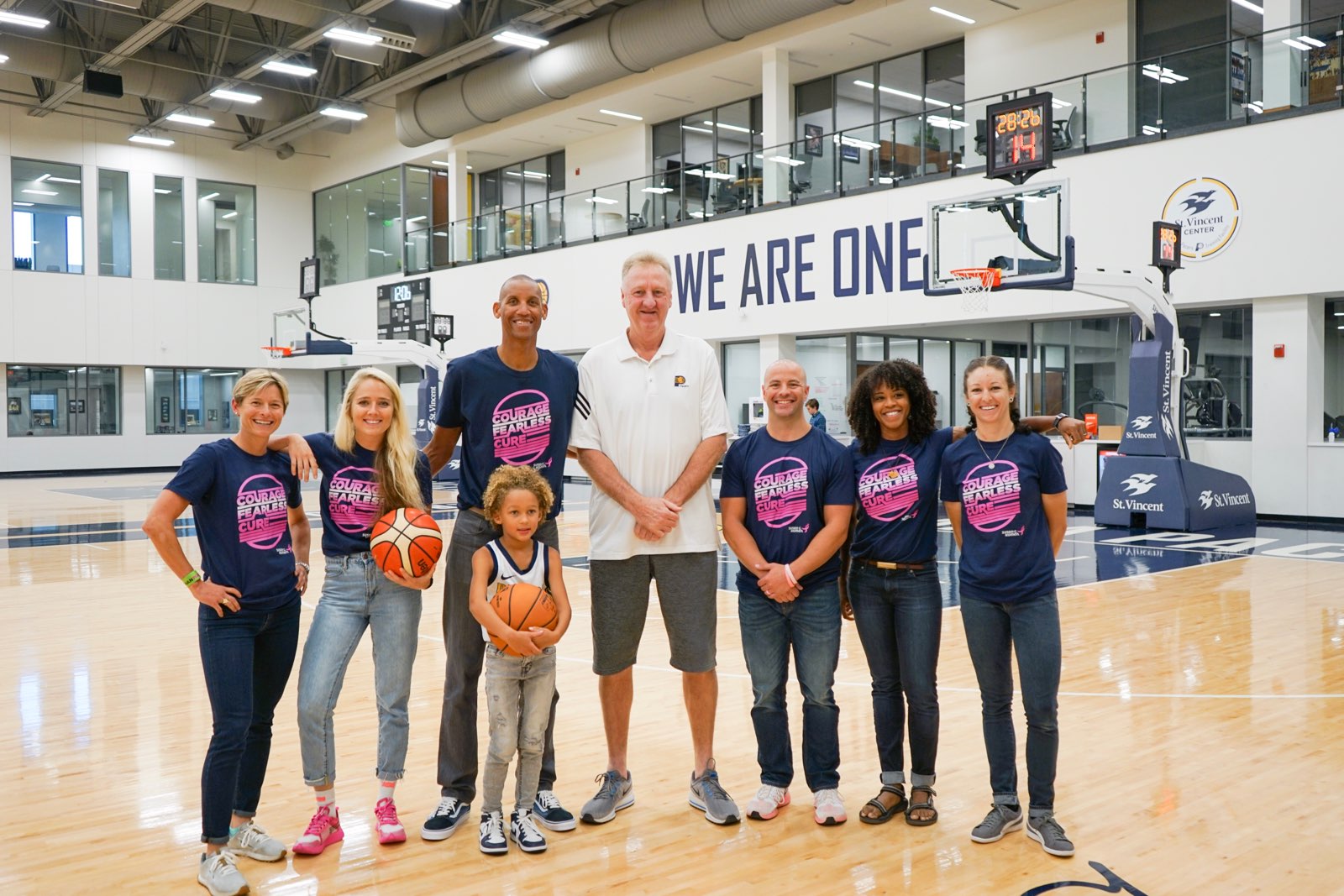 And there we were, shooting hoops with Reggie in front of Larry Bird - to funny.

And it was so much fun to see people do a double take when Reggie walks by, it was hilarious.  He was friendly to everyone, stopped to take a TON of photos and even endured a heckle from one guy.

He introduced us to HIS people and it was just humbling how nice he was and patient he was with everything going on.

The ride was amazing, we crushed the 100miles and everyone was safe and happy at the end, plus we got to celebrate with a champagne spray with all the participants. 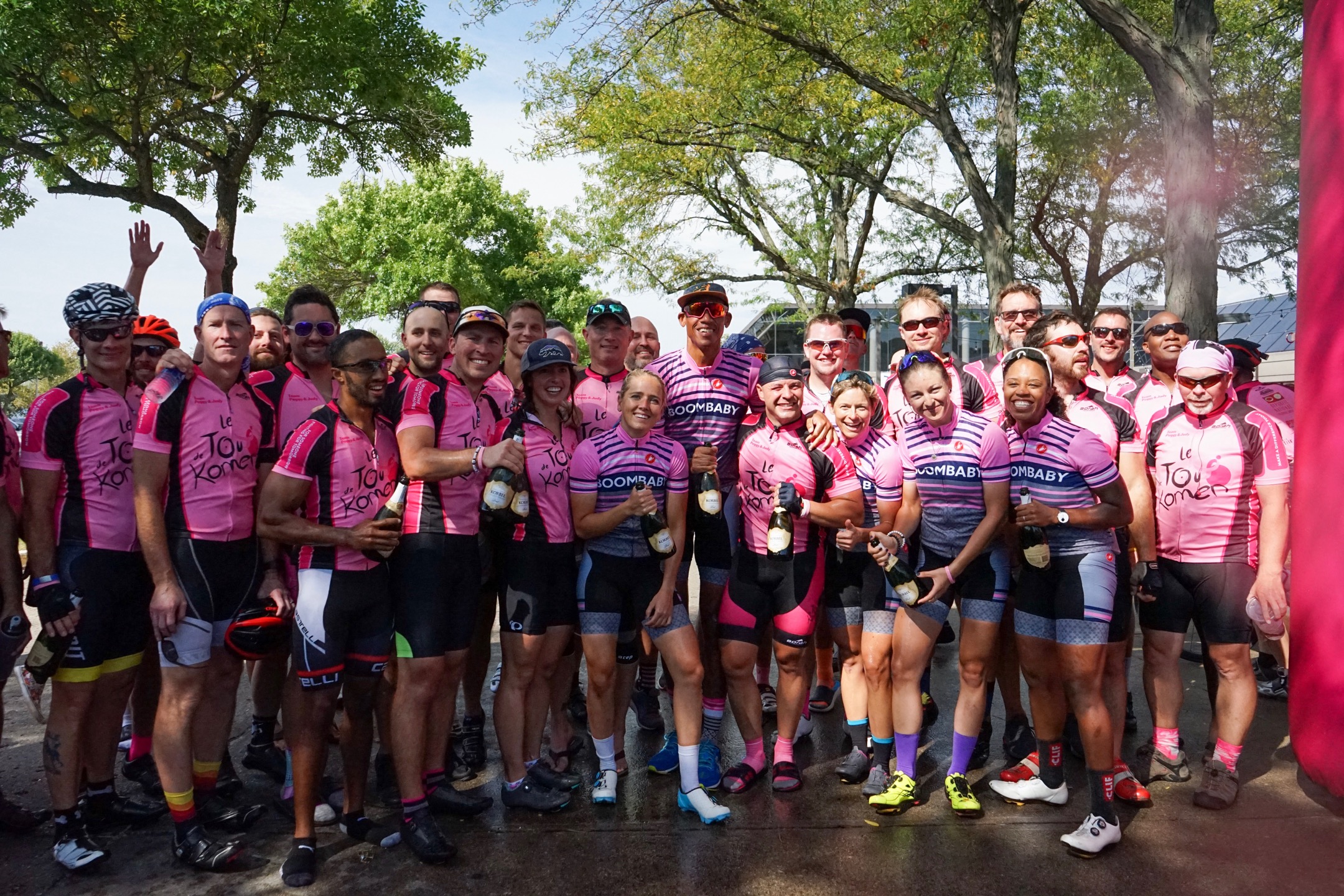 What a great group of people. 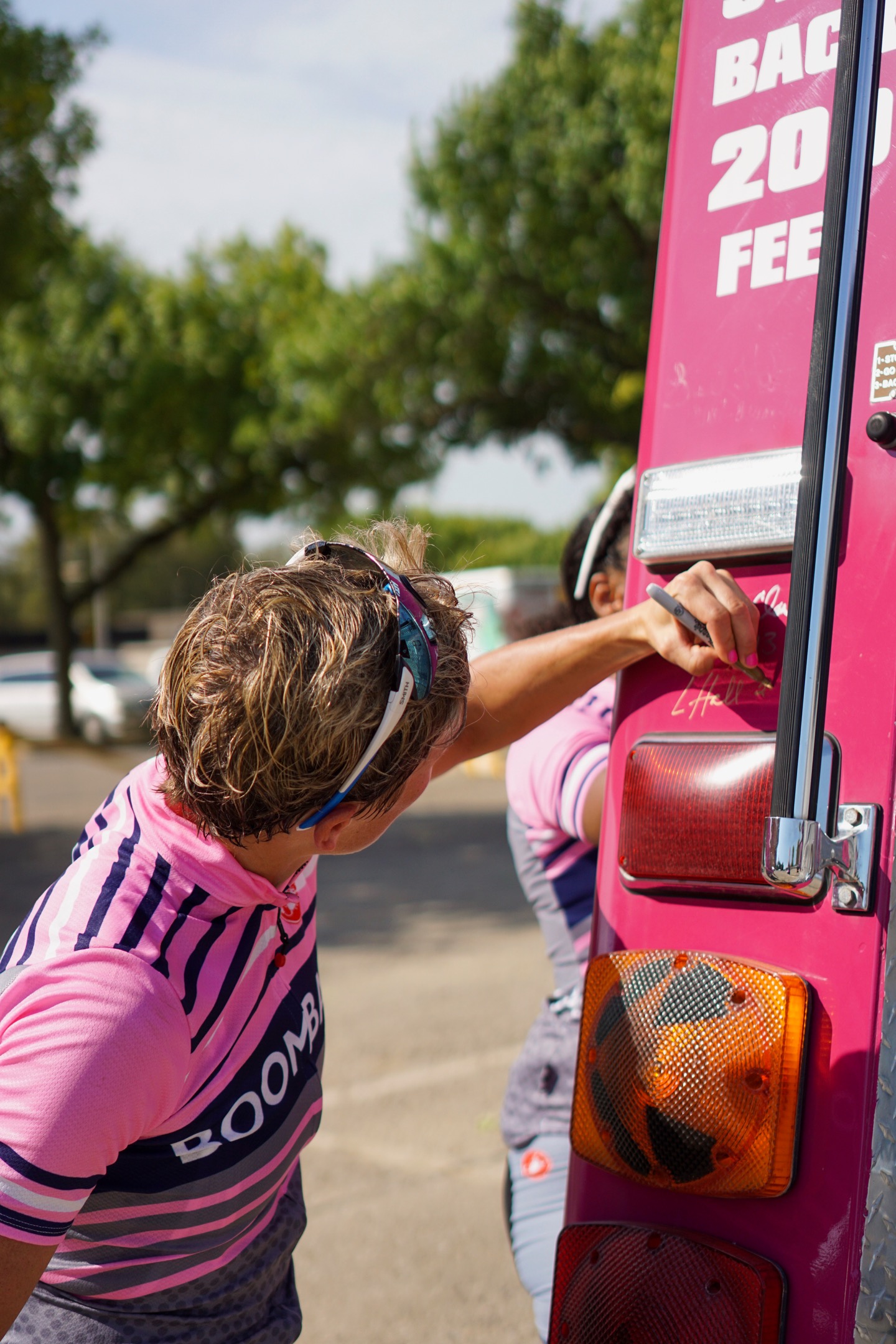 We even had the opportunity to sign the fire truck.

Kyle Vannoni put this event together and he smashed it! He and his wife, Chelsea, are wonderful people and you can see how amazing they are by the people who came out to support them.  Kyle did the same thing I did, just shoot for the moon, message Reggie and see what happens.  That is just so cool in my mind.

It's a weekend I will never forget. Thank you Kyle, Chelsea and of course Reggie. 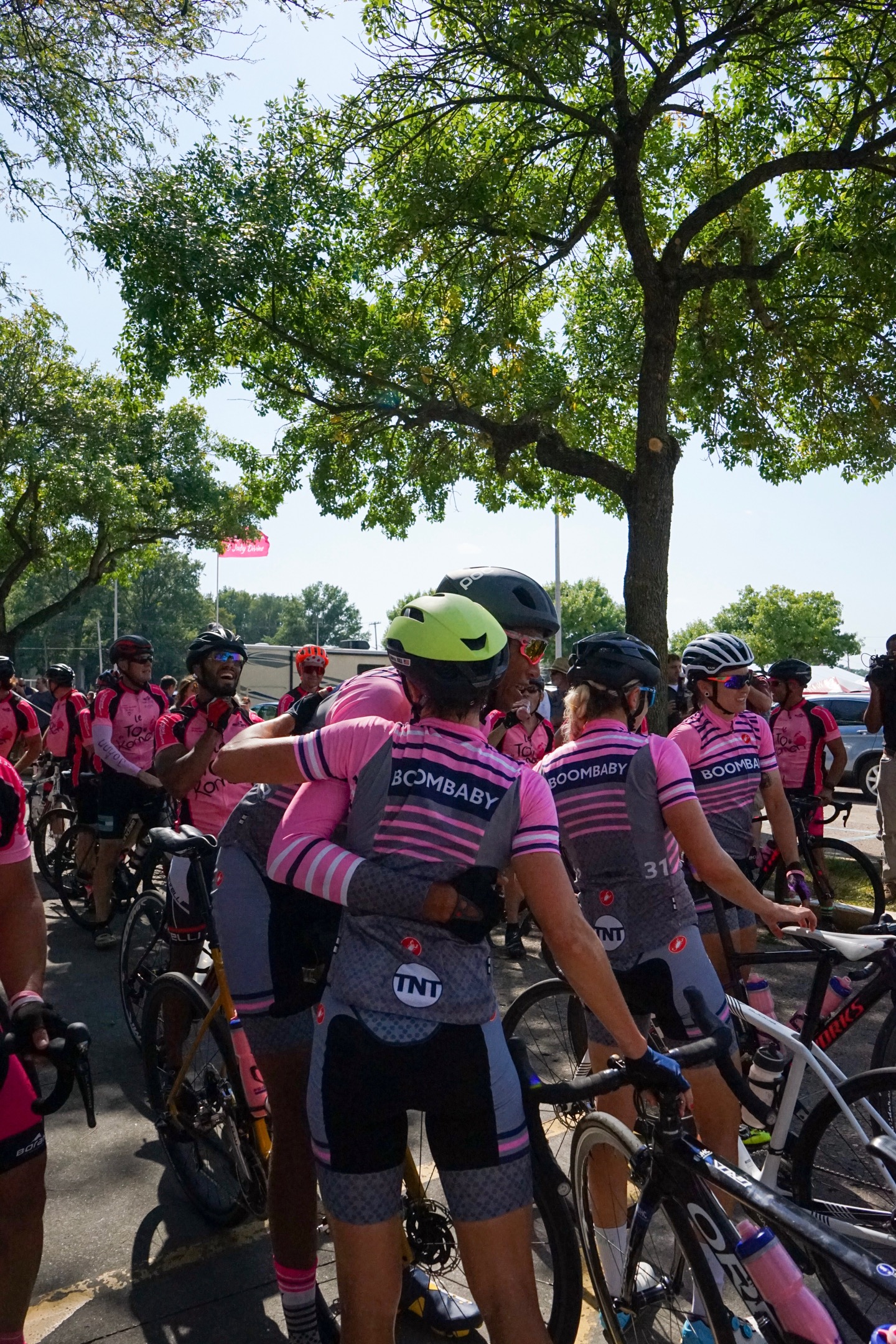 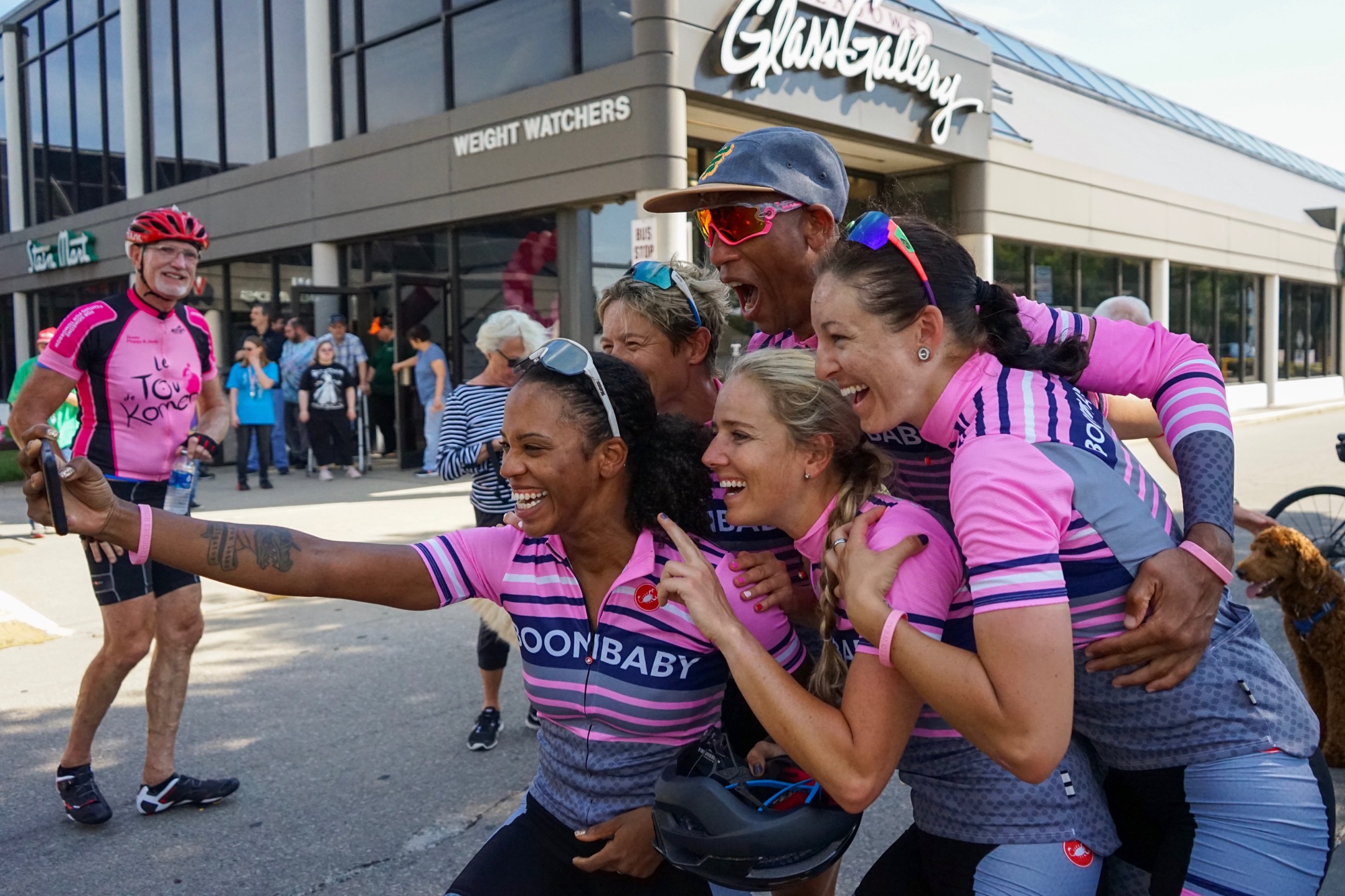 Thank you Dream Team for being so much fun.